Suggested Viewing List ( on Netflix or U Tube )
Link to Seniors to sign up for balance training at home to help prevent falls.
Suggested Reading List
Who is the Environmental Working Group (EWG) ?

"Some of the nation's worst drug dealers aren't peddling on the street corners, they're occupying corporate suites. Overdosed America reveals the greed and corruption that drive health care costs skyward and now threatens the public health. Before you see a doctor, you should read this book." - Eric Schlosser, author of Fast Food Nation
What Others Have To Say About This Book ! 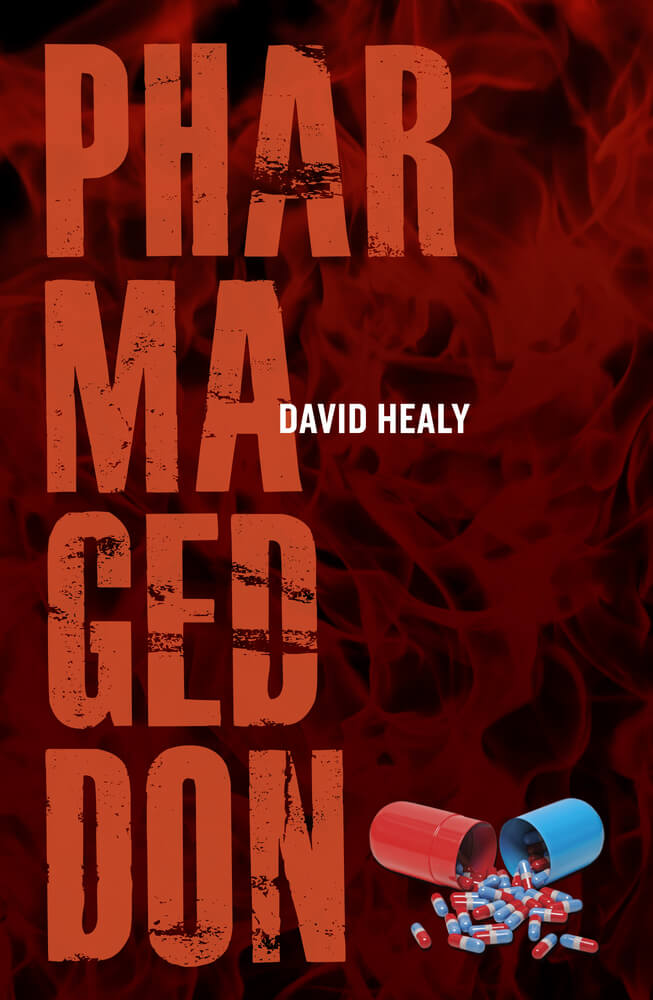 BOOK: Pharmageddon
David Healy
This searing indictment, David Healy’s most comprehensive and forceful argument against the pharmaceuticalization of medicine, tackles problems in health care that are leading to a growing number of deaths and disabilities. Healy, who was the first to draw attention to the now well-publicized suicide-inducing side effects of many anti-depressants, attributes our current state of affairs to three key factors: product rather than process patents on drugs, the classification of certain drugs as prescription-only, and industry-controlled drug trials. These developments have tied the survival of pharmaceutical companies to the development of blockbuster drugs, so that they must overhype benefits and deny real hazards. Healy further explains why these trends have basically ended the possibility of universal health care in the United States and elsewhere around the world. He concludes with suggestions for reform of our currently corrupted evidence-based medical system.
BOOK: Dumbing Us Down: The Hidden Curriculum of Compulsory Schooling
John Gatto
Dumbing Us Down: The Hidden Curriculum of Compulsory Schooling
With over 70,000 copies of the first edition in print, this radical treatise on public education has been a New Society Publishers’ bestseller for 10 years! Thirty years in New York City’s public schools led John Gatto to the sad conclusion that compulsory schooling does little but teach young people to follow orders like cogs in an industrial machine. This second edition describes the wide-spread impact of the book and Gatto’s "guerrilla teaching."   John Gatto has been a teacher for 30 years and is a recipient of the New York State Teacher of the Year award. His other titles include A Different Kind of Teacher (Berkeley Hills Books, 2001) and The Underground History of American Education (Oxford Village Press, 2000).

What type of environmental problems do we have in Louisiana ?
What Can I do to help?
Learn about the basics!
A Community Guide to Environmental Health
by Jeff Conant and Pam Fadem
Paperback, 600 pages, illustrated, $28
ISBN: 978-0-942364-56-9
From toilets to toxics, from watershed management to waste management, from raising crops to rising temperatures, how we use natural resources affects our health and well-being. This highly illustrated guide helps health promoters, development workers, environmental activists, and community leaders take charge of their environmental health. In small villages and large cities, A Community Guide to Environmental Health can provide the tools, knowledge, and inspiration to begin transforming the crisis in environmental health. This book contains activities to stimulate critical thinking and discussion, inspirational stories, and instructions for simple health technologies such as water purification methods, safe toilets, and non-toxic cleaning products. 23 chapters cover topics including:
Know about Pharmaceuticals and Personal Care Products (PPCPs) as Water Pollution
In Baton Rouge Visit the BRgov.com website on recycling.
Download the recycle Green Guide from Baton Rouge Government Website .
Why be concerned  about Baton Rouge's water !!!
Here is a link to find a score card
on the environmental quality
of your zip code.

Book: Fast Food Nation
What The All-American Meal is Doing to the World
Eric Schlosser
Penguin Books Limited, Apr 4, 2002 - 400 pages
Eric Schlosser has visited the state of the art labs where scientists recreate the flavours and smells of everything from cooked chicken to fresh strawberries in the test tube and he has spoken to workers at meatpacking plants with some of the worstsafety records in the world. He explores the links between Hollywood and the fast food trade, and the tactics used to target ever younger consumers. In a meticulously researched and powerfully argued account, Fast Food Nation reveals the full price of our appetite for instant gratification.
BOOK: Excitotoxins the Taste that Kills
Russell L Blaylock MD
Citing over five hundred scientific studies, Excitotoxins explores the dangers of aspartame, MSG, and other substances added to our food. This is an electrifying and important book that should be available to every American consumer.
BOOK: Slow Death by Rubber Duck
Rick Smith / Bruce Lourie
Product Details
Provocative and groundbreaking, Slow Death by Rubber Duck reveals how the living of daily life creates a toxic soup inside each of us.
Studies have shown that significant levels of toxic substances can leach out of commonplace items in our homes and workplaces. How do these toxins make their way inside us and what impact do they have on our health? And more importantly, what can we do about them? Rick Smith and Bruce Lourie, two of Canada's leading environmental activists, tackle these questions head on by experimenting upon themselves. Over a four-day period, our intrepid (and perhaps foolhardy) authors ingest and inhale a host of things that surround us all every day, all of which are suspected of being toxic and posing long term health risks to humans. By revealing the pollution load in their bodies before and after the experiment - and the results in most cases are downright frightening - they tell the inside story of seven common substances.

Book: More Than Genes
Dan Agin
More Than Genes: What Science Can Tell Us About Toxic Chemicals, Development, and the Risk to Our Children
In More Than Genes, Dan Agin marshals new scientific evidence to argue that the fetal environment can be just as crucial as genetic hard-wiring or even later environment in determining our intelligence and behavior. Stress during pregnancy, for example, puts women at far greater risk of bearing children prone to anxiety disorders. Nutritional deprivation during early fetal development may elevate the risk of late onset schizophrenia. And exposure to a whole host of environmental toxins--methylmercury, polychlorinated biphenyls (PCBs), dioxins, pesticides, ionizing radiation, and most especially lead--as well as maternal use of alcohol, tobacco, marijuana, or cocaine can have impacts ranging from mild cognitive impairment to ADHD, autism, schizophrenia, and other mental disorders. Agin argues as well that differences in IQ among racial, ethnic, and socioeconomic groups are far more attributable to higher levels of stress and chemical toxicity in inner cities--which seep into the prenatal environment and compromise the health of the fetus--than to genetic inheritance. The good news is that the prenatal environment is malleable.
BOOK: Silent Spring
Rachel Carson
This is a older book which most people interested in environmental factors have read, but for those who are new to this type of information it is a good starting point.  Silent Spring took Carson four years to complete. It meticulously described how DDT entered the food chain and accumulated in the fatty tissues of animals, including human beings, and caused cancer and genetic damage. A single application on a crop, she wrote, killed insects for weeks and months, and not only the targeted insects but countless more, and remained toxic in the environment even after it was diluted by rainwater. Carson concluded that DDT and other pesticides had irrevocably harmed birds and animals and had contaminated the entire world food supply. The book's most haunting and famous chapter, "A Fable for Tomorrow," depicted a nameless American town where all life -- from fish to birds to apple blossoms to human children -- had been "silenced" by the insidious effects of DDT.
BOOK: Generation Rx
Greg Critser
Generation Rx: How Prescription Drugs Are Altering American Lives, Minds, and Bodies
Greg Critser's brilliantly incisive Generation Rx moves the conversation about prescription drugs to where it hits home: our own bodies. How, he asks, has "big pharma" created a nation of pharmaceutical tribes, each with its own unique beliefs, taboos, and brand loyalties? How have powerful chemical compounds for chronic diseases, once controlled by physicians, become substances we feel entitled to, whether we need them or not? How did BOOKwe come to hate drug companies but love their pills?
BOOK: The Vitamin Cure for Alcoholism 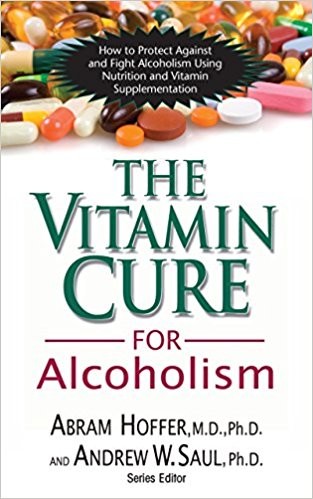 The Vitamin Cure for Alcoholism can help those who suffer from alcohol addiction, their friends and loved ones,
and those in the relevant helping professions. Its central message: optimally-nourished individuals do
not get addicted. Alcoholism is primarily a metabolic disease that should be treated nutritionally first. The person
called an "alcoholic" typically suffers from nutrient deficiency, especially vitamins B1 and B3, and seeks relief by
consuming  alcohol. Megavitamin therapy is more effective than drugs or counseling. It is also cheaper than
counseling, and far safer than any pharmaceutical drug treatment.

Forty Years of Essential Tremors and Other Symptoms Resolved with Chiropractic

A case study released on September 1, 2021, in the Journal of Upper Cervical Chiropractic Research documented the resolution of 40 years of essential tremors along with a variety of other health issues through chiropractic care. . . .
Read More

The Annals of Vertebral Subluxation Research published the results of a case study on November 2, 2020, documenting the recovery of an elderly man who was suffering with hyper frequent nightly bowel movements being helped by chiropractic. . . .
Read More

Improvement in Eczema, Allergies, and Insomnia in a Child Following Chiropractic

The Journal of Pediatric, Maternal & Family Health published the results of a case study on January 21, 2021, documenting the improvement from chiropractic care of a child who had been suffering from eczema, allergies and insomnia. Although eczema is not a life-threatening condition, the symptoms can drastically . . .
Read More