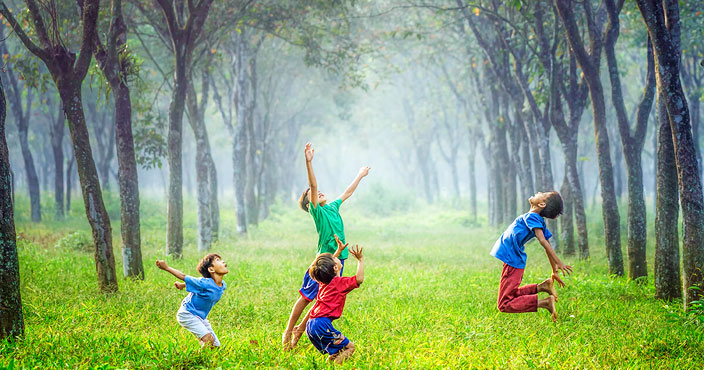 Regardless of age, a properly functioning nervous system, free from interference from subluxation, is essential for development and growth. Chiropractic has not only been shown to help children with a variety of health challenges, but chiropractic helps children achieve a higher level of performance and function.

To find specific articles and research about a health issue or age group, please use the article topic search feature to the right of this page.

It has been well documented that the birth process can be traumatic on a young newborn’s spine. Nerve system interference, known as subluxation, created during the birth process can have a serious impact on a baby’s health and development. Many clinical studies have documented a variety of health issues in infants being resolved under chiropractic care.

Adjustments given to newborns, infants or babies are very different from those given to adults. Specific adjusting techniques are used to gently correct spinal issues safely, with no discomfort. Studies have proven the effectiveness and safety of chiropractic care on the youngest of the population.

As toddlers begin to walk, a whole new dynamic of spinal function comes into play. Not only is gravity being applied to the spine differently than when the baby was crawling, but toddlers often fall when learning to walk. This is a critical time to make sure that the spine and nervous system is free from interference due to subluxation. A large volume of documented cases have shown that children with a variety of health issues lead normal and healthy lives with chiropractic. Many common childhood issues would be less common if more children had their spines checked for subluxation.

Adjustments given to toddlers and children are specifically designed for their young spines. Chiropractic has been shown to be both safe and effective for this age group.

Children in school are subject to a variety of spinal stresses that can create issues in their young spines and nervous systems. Not only are they sitting at a school desk for extended periods of time, but in many cases, they are carrying heavy backpacks on their developing spines. Additionally, many children are either starting sports and increasing their activity, or spending more time in front of electronic media, and the possibility of subluxation creation becomes obvious.

Attention to a child’s spine and nervous system is the best way to ensure that your child grows and develops properly. Chiropractic is the one health profession that deals with the detection and correction of subluxations, thus allowing children to express better health.

Select either gender icon to search using an anatomical model.

The Journal of Pediatric, Maternal & Family Health published the results of a chiropractic case on October 10, 2019, documenting the resolution of chronic constipation in a child undergoing chiropractic care. According to the study authors,  Constipation is considered more as a symptom rather than . . .
Read More

The Journal of Pediatric, Maternal & Family Health published the results of a case study on December 18, 2019 documenting the successful outcome following chiropractic care of a pregnant woman suffering with low back pain. Back pain in general is a very common ailment. In pregnancy, it is even more common . . .
Read More

Difficulty in Swallowing and Neck Pain Helped with Chiropractic

A case study published on December 29, 2019, in the journal Clinical Medicine Insights: Case Reports, documented the care of a woman suffering with neck pain and difficulty swallowing who was helped by chiropractic. This case study was conducted at the New York Chiropractic & Physiotherapy Centre, New York . . .
Read More

Babies with Misshapen Heads Helped by Chiropractic According to Study

A study published in the September 19, 2019, issue of the Journal of Pediatric, Maternal & Family Health showed that chiropractic care can help infants and babies who have misshapen heads known as plagiocephaly. When the deformation of a baby's head is not caused by a congenital anomaly, or it occurs . . .
Read More