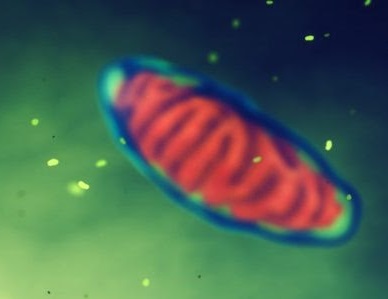 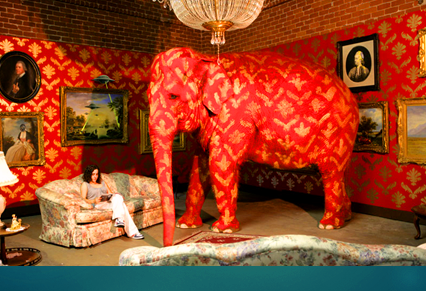 Why have I not heard of Acquired Mitochondrial Dysfunction = It is the elephant in the Room.

As a chiropractic Internist I help people with several different types of health problems. For me helping them overcome acquired mitochondrial dysfunction because you can’t run the nerves if you don’t have enough of the right nutrients to provide the power is a enjoyable vocation. It is a surprise to most people how many health problems have a basis that is from in part or have a part linked into the health of the mitochondria. Often the mitochondria dysfunction is a cause or a major contributor to their health problems.

Mitochondrial acquired dysfunction or Acquired Mitochondrial dysfunction is a cause and contributor to many of the common health problems seen today. The problem starts with the 50 too 2000 mitochondria that are found in every cell in the human body. The mitochondria have some of their own DNA and it come from our mothers. The earliest mitochondrial dysfunction was only described in the 1960s, the knowledge advancement in the understanding of the major role that the mitochondrial population play in health, disease, and aging rapidly has grown exponential in the last 5-10 years. These wide range of seemingly unrelated health problems from schizophrenia, bipolar disease, dementia, Alzheimer's disease, migraine headaches, neuropathic pain types such as Trigeminal Neuralgia too Centralized Sensitization, Parkinson's disease, chronic fatigue, fibromyalgia, and type 2 diabetes, all are now known to have the similar mechanisms in commonality. It is found in an over stressed population of mitochondria found in every cell by Reactive Oxygen Species – Reactive Oxygen Intermediate and other similar mechanisms. The process is called Acquired mitochondrial dysfunction. This problem is not caused by the lack of a medication type pill, but most often it is driven by nutritional deficits from our diet or linked into individual genetic single polymorphisms (SNP’s) that can be easily helped by providing the further processed form of the (substrate) nutrient, as a form of a supplement. It is can also be caused by what you are probable doing every day for food, drink and even some recreational activities. ( Running in Baton Rouge when the smog alert is high, is not a great idea.) If your looking for a new beginning or to change the course your going down -change the doctor you are asking about what is right for you. My first inclination is not about pharmacology, but what physiology is not working right and why. I do not prescribe drugs - it is not part of my practice. The United States of America is consuming a large percentage of the drugs manufactured in the world and do not even rank in the top 20 percent of industrialized nation for being healthy. – The mitochondria problems of the Acquired type can impact anyone’s health. A lot has changed in the last 5 to 15 years in the science of physiology, most people are uninformed about what the implications for health these changes can mean. It starts by know that the powerhouse of the cell – controls a lot of the health or illness.

How does a chiropractic Internist approach problems:

Chiropractic internist (functional medicine - Health) is paradigm or model of reality that rejects spontaneous generation, de novo creation- i.e. Functional medicine (Health) looks to understand the Cause and effect of what is the only rational explanation of how things come about. Now some facts that need to be appreciated is that cause may be multiple factors that lead to similar of varying effect base on multiple factors. Your DNA, you’re own bacterial load DNA-mRNA, your virus load DNA-RNA, your bacterial load viruses (phages DNA-RNA), your mycology load and its DNA-RNA. This model embraces physiology as a way to understand the relationship of host defenses and host symbiotic relationships. The disruption of normal activity of physiology is the root cause of many health problems- the general term inflammation be a large blanket factor. This is the culmination of appreciation of the current:

Central Dogma of Molecular Biology with residence in

This is the basis of Bioinformatics BIG DATA the foundation of systems biology.

And it is firmly basis in physiology that considers: A recent study found that 80% of diet of wild chimpanzee consists of ripe and unripe fruits, young leaves, flowers and fresh and dry seeds, and roots/tubers used only in times of draft. In contrast Western food consists of more than fifty per cent refined carbohydrates (cooked, rice heated to very high temperatures, bread, pasta, potato and other tubers) and in another 25-30 per cent animal products and refined oils, leaving less than 20 per cent of their foods similar to those of our ancestors. It is fully documented that these Western foods, when consumed in larger quantities are detrimental to health: inducing increased systemic inflammation; increased supply of and stimulation of IGF1, stimulation of Toll-like receptors, leading to obesity and an epidemic of chronic diseases, which has increased and continue to increase dramatically. The situation is even worse in critically ill patient, whose nutrition usually contains no greens at all. FROM : Processed Foods, Dysbiosis, Systemic Inflammation, and Unhealth by: Stig Bengmark*

Improvement in Post-Concussion Syndrome Under Chiropractic

The Annals of Vertebral Subluxation Research published a case series on August 19, 2019, documenting the improvement under chiropractic care of two patients who were suffering from Post-Concussion Syndrome. Neither of the two patients described in this case series had their health complaints until after . . .
Read More

Improvement in Breathing, Sleeping, and Infections in Cystic Fibrosis Patient Under Chiropractic

The Annals of Vertebral Subluxation Research published a case study on October 28, 2019, documenting the improvement of a patient with cystic fibrosis while under chiropractic care. Cystic Fibrosis Foundation defines the condition on their website. "Cystic fibrosis is a progressive, genetic disease . . .
Read More

The Journal of Pediatric, Maternal & Family Health published a case study on August 12, 2019, documenting the resolution of chronic constipation in a toddler following the introduction of chiropractic care. Childhood functional constipation is reported to affect between 8-9% of the pediatric population . . .
Read More

The title above is from a study published in the Journal of Pediatric, Maternal & Family Health on June 13, 2019, that documented the improvement under chiropractic care of a child who was suffering with migraine headaches in addition to also having been diagnosed with autism and ADHD. . . .
Read More